The Titanic: one hundred years 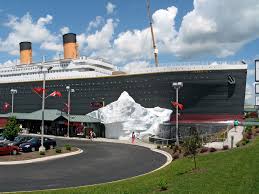 Although it happened many years before our time, everybody knows the story of the Titanic – the famous transatlantic liner that struck an iceberg in the North Atlantic en route to New York and sank with the loss of around 1,500 lives. This year is the 100th anniversary of the sinking of the Titanic and nowhere is the celebration on a stronger keel than in Belfast, the city where she was built.

As Ireland is one of the most popular destinations for the Spanish during the summer, then Belfast should be high up on the list of tourist attractions to visit. The ‘Titanic Belfast’ museum opened its doors before Easter this year and provides a wealth of history, information and experiences based on the Titanic and the legend that has been created around it. The building comprises 6 floors and 14,000 square metres of exhibition space, and the façade has been constructed in the form of 4 bows at a similar height to that of the liner. The different areas of the exhibition include the launching of Titanic, details of life on board and the last hours before the tragedy. One of the highlights of the visit occurs in the final stages where you can ‘dive’ virtually between the wreckage on the sea bed at a depth of 4,000 metres.

Add to this some news items of the time and films or literature that have kept the legend alive throughout the last 100 years and you will agree that a more complete ‘voyage’ into the history of the Titanic is nearly impossible.

So, apart from practising your ‘hard-earned’ English this summer, why not pay a visit, and maybe even your respects, to 1,500 people who won’t be able to enjoy the experience.

CONTACT US
PLACEMENT TESTDo your placement test now!
INVITE A FRIENDInvite a friend to visit us!